Yousuf Deedat, the son who used to accompany his late father all over the world talks about how he became a fan of his dad and what changed his life and what he is to us.

Sheikh Ahmed Deedat:
In 1986, the King Faisal Foundation awarded the King Faisal International Prize for SERVICE TO ISLAM, to a South African who is more or better known than many dignitaries in their own countries. This was the first time that this prestigious award has been awarded to a South African. The recipient of this award was a man totally dedicated to his faith and its propagation and who was not afraid to challenge any one to a debate to settle once and for all the matter, who has the good news right? He was none other than Sheikh Ahmed Deedat, reverently known and called UNCLE by those who hold him in high esteem and admiration.

The award came after a lifetime of struggle to propagate Islam and to defend Islam against the onslaught of the missionaries. Finally, he was given recognition by the international Muslim community that he deserved and focused more sharply the attention of the Muslim world on the most important aspect of his work, the challenge to propagate Islam. This was his life long ambition to focus the Muslim world's attention and resources on the propagation of Islam, and at last he succeeded. What a moment of jubilation, achievement and personal gratification for Sheikh Deedat the award was, a turning point in his life.

Sheikh Deedat did not have much formal schooling, but he was self-taught through experience and a penchant for reading, debating, discussion, and a profound sense of commitment to a mission and goal. He was driven and goal oriented. He was focused and never let up until the job was done. He was sharp, perceptive, forthright, fiery, and daring in his challenge of those whom he debated, particularly against those who equal his missionary zeal and sense of audacity. Formal schooling did not destroy his creative prowess, his tenacity, ambition, drive, and sheer daring to swim upstream.

Sheikh Deedat was more a scholar of the Bible than the Qur'an, and was more familiar and adroit with its teachings. He had an insight and perspective of the Bible which made many Christians he came into contact with rethink and re-examine their faith, particularly those aspects of the Bible and the Qur'an that deal with the divine mission and life of Prophet Jesus.

On May 3, 1996, Sheikh Ahmed Deedat suffered a stroke which left him paralyzed from the neck down, and also meant that he could no longer speak or swallow. He was flown to a hospital in Riyadh, where he was taught to communicate through a series of eye-movements. He spent the last nine years of his life in a bed in his home in Verulam, South Africa, encouraging people to engage in da'wah. He continued to receive hundreds of letters of support from around the world. During these years, rumors spread throughout the Internet that he was already dead, and even some websites that contained his pamphlets mentioned as early as 2002 that he was dead.

On August 8, 2005, Ahmed Deedat finally succumbed to his prolonged illness and died at his home in Trevennen Road, Verulam in the province of KwaZulu Natal.
cached video 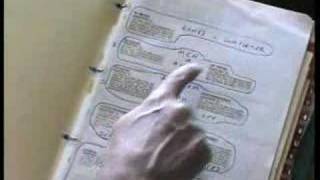 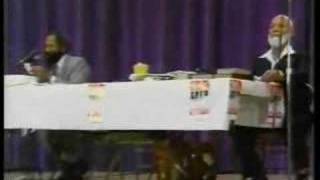 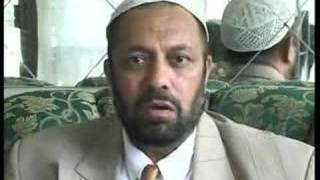 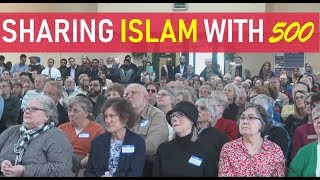 500 Americans in the Mosque - Standing room only - What they learned? 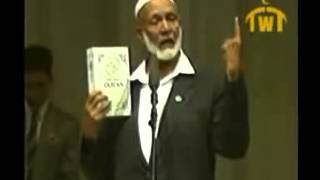 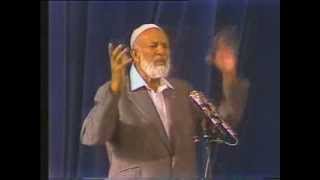 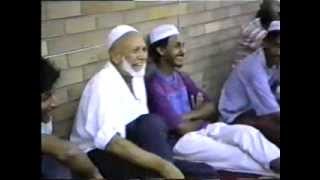 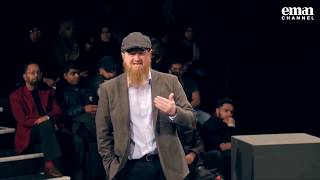 In their Time - In Ahmed Deedat's Shoes 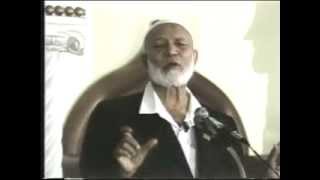 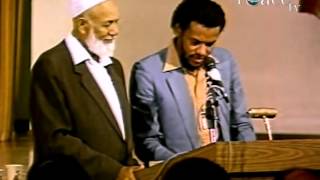