I Gave All My Money To Save My Best Friend. But He Lied! || Best True Stories Animated

★ DO YOU WANT TO GET YOUR STORY ANIMATED? SEND IT TO [email protected]

IT WILL BE GIVEN A VOICE OVER BY A PROFESSIONAL ACTOR AND AN ANIMATOR WILL MAKE A VIDEO OUT OF IT!


Hey, guys, I'm Ricky. Tell me, have you ever suffered in order to help someone? I have. Here's my story of how I caught a thief, but let him go.

It all started when a new guy, Mike, came to our school. As usual, fitting in was difficult. And to make matters worse, he was shy and quiet. Naturally, our "cooler" classmates began to make fun of him from day one. But I felt sorry for him and I wanted to help him. Probably because I was in his shoes too. So we started talking and soon we became friends. We spent a lot of time together at school and in music classes. Sometimes I even invited him to my house to play Xbox, or just hang out. And we became close pretty quickly. I was very happy about it, because Mike was basically my only friend.
Problems with our friendship started right after my birthday. My parents gifted me some money and I decided that I wanted to buy a new guitar. I was crazy happy about it and I wanted to share the joy with a friend. So I invited Mike over, we sat down at the computer to look through guitars on the internet, and we finally found the best one. Oh, yeah, a Fender Stratocaster. It's not just a guitar, it's a dream. It was expensive, and I wanted to make sure that I had enough money. So I took a box off my shelf and counted the bills. It was perfect! Soon I would have the best guitar and maybe we could even get together a band! I was so excited. And I was even more glad that I could share this feeling with a friend!

So, my father and I went to the store. And here it is – my dream. I touched it, picked it up, and played a riff. Oh. My. God. That was awesome! I was definitely taking it! The sales guy put it in the case, and all I had to do was pay for it. I took out my box and started counting the money. And suddenly I noticed that two hundred dollars were missing. I looked at my father in confusion, and he understood what had happened. Long story short, we didn't buy the guitar that day. In fact, I had to have a long and unpleasant conversation with my parents about how I don't know how to manage my money, and that I have to learn how to do it. But the thing is, I didn't spend it. I swear! It was just… Gone. A week ago I had the right amount, and I did not take a penny from my box. In my search for an answer, I scrolled through last week's memories, and unfortunately, I found one. Mike was in my room, and he saw exactly where I put the box. He must have pulled the money out when I left the room for a minute. Oh damn... I did not expect that from him. I mean, we're friends, after all.

I wanted to settle this problem peacefully, without having to tell my parents. So the very next day, I went up to Mike and I said, "I know that you took the money and I want it back." I was expecting that he would say that he didn't do it and that I was wrong. But no. He started to apologize, and honestly admitted that he did it. But I was more surprised when he explained the reason to me. Mike said he was having family problems right now. His dad had started drinking heavily, and not caring about him at all. So Mike had to go shopping all by himself, cook, do household chores, plus, they didn't have any money. He was embarrassed to ask for help, so he just took the money from me and he was gonna give it back when things got better. But now he regrets what he did so much. Of course, after this I couldn't get angry at him for what he had done. It was clear that he needed help, and as a good friend, I had to help him.

I felt sorry for Mike, and I tried my best to help him. But what could a 14-year-old boy do? I gave him my pocket money so he could at least eat normally. But that didn't help much. A couple of weeks later, he told me some terrible news. Because of the alcohol, his dad had health problems, and he was in the hospital right now. The treatment was really expensive and they had no savings at all. So Mike was just frustrated and he didn't know what to do. He said that if he went to social services, his father would lose his parental rights, and he would have to look for guardians. It was like I was the only one who could help him, so I decided to ask my parents to help Mike directly. But they refused. They said Mike could come over for dinner, or even stay the night at our house if things at his home were really bad, but they were not going to help strangers with money. But they didn't realize he wasn't a stranger to me! He was my best friend! I didn't have anyone else! Then I decided that I would help him at any cost. And I knew how.

I Found 1 Mln In The Street And Returned It To Its Owner. Am I Stupid?

My Parents Are Super Rich But I Starve

I Told My Bro He Was Adopted To Annoy Him But It Was True! 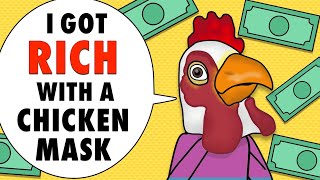 I Made Lots Of Money With A Chicken Mask 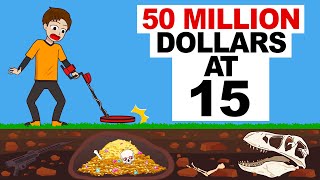 All the Woman in My Family Are Pregnant From My Teacher at The Same Time!